Back t by Elena Bianco

These days
I explode all over the ones I love

An Italian wood burning fire stove
sourdough hand rolled mess
Fresh and spread,
for the satisfaction of the tip of a tongue and
sleepless nights rolling around in bed.

Often, I conjure the faceless shadow of their image
Their smooth, spotless hands picking up these very words
And the sticky spilling of their tears over the vibrancy of my younger self.

To them I say
When I was a child
I searched the sky for answers
and dreamt of becoming the sun.

To them I say

When I became older, I jumped out of a plane,
And my brain filled with the echo of silence,
And the sun kissed my fingertips.
In certain instances of the flight, I wondered if the parachute would fail us, the instructor and I, just as wax and feathers had failed Icarus.
Then again, could it be called failure, to fall with a silent mind and an exploding heart?
I knew the answer then, as I have always known.
I became the sun. 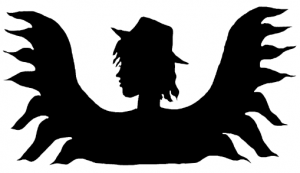